Marketing and branding tips from the source. 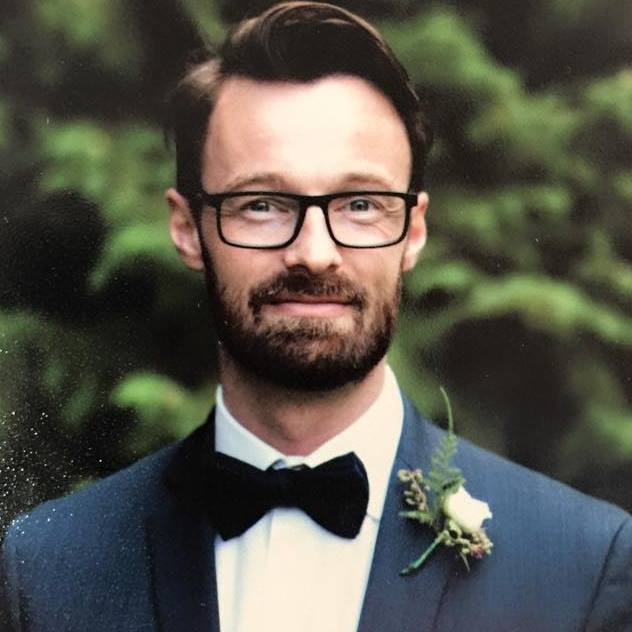 Much like a person, a brand can and should have a personality.

Sometimes that personality is expected, but sometimes the personality can be used to create a product differentiator. I like to give the example of two gyms: Virgin and 1Rebel.

They’re both gyms. They both have classes and gym equipment. Yet they’re wildly different.

1Rebel, on the other hand, feels like a nightclub, with exposed brickwork and a bar. Everyone is dressed in black and the exercise rooms are pumping.

This is what happens when you put your personality to work.

The Virgin Gym brand might fall into the Everyman or Caregiver archetype whereas the 1Rebel brand, as it sounds, is likely an Outlaw.

Everyman? Caregiver? Outlaw? These are brand archetypes that are readily identifiable to us humans.

The brand archetypes as created by Carl Jung

The archetypes were invented in 1919 by Carl Jung, a Swiss psychiatrist. The overarching idea is that humans are very quickly able to determine the attitude of a person and their personality type. Mentally, we put them in a box. Jung hypothesised that there are 12 boxes, as you can see here: 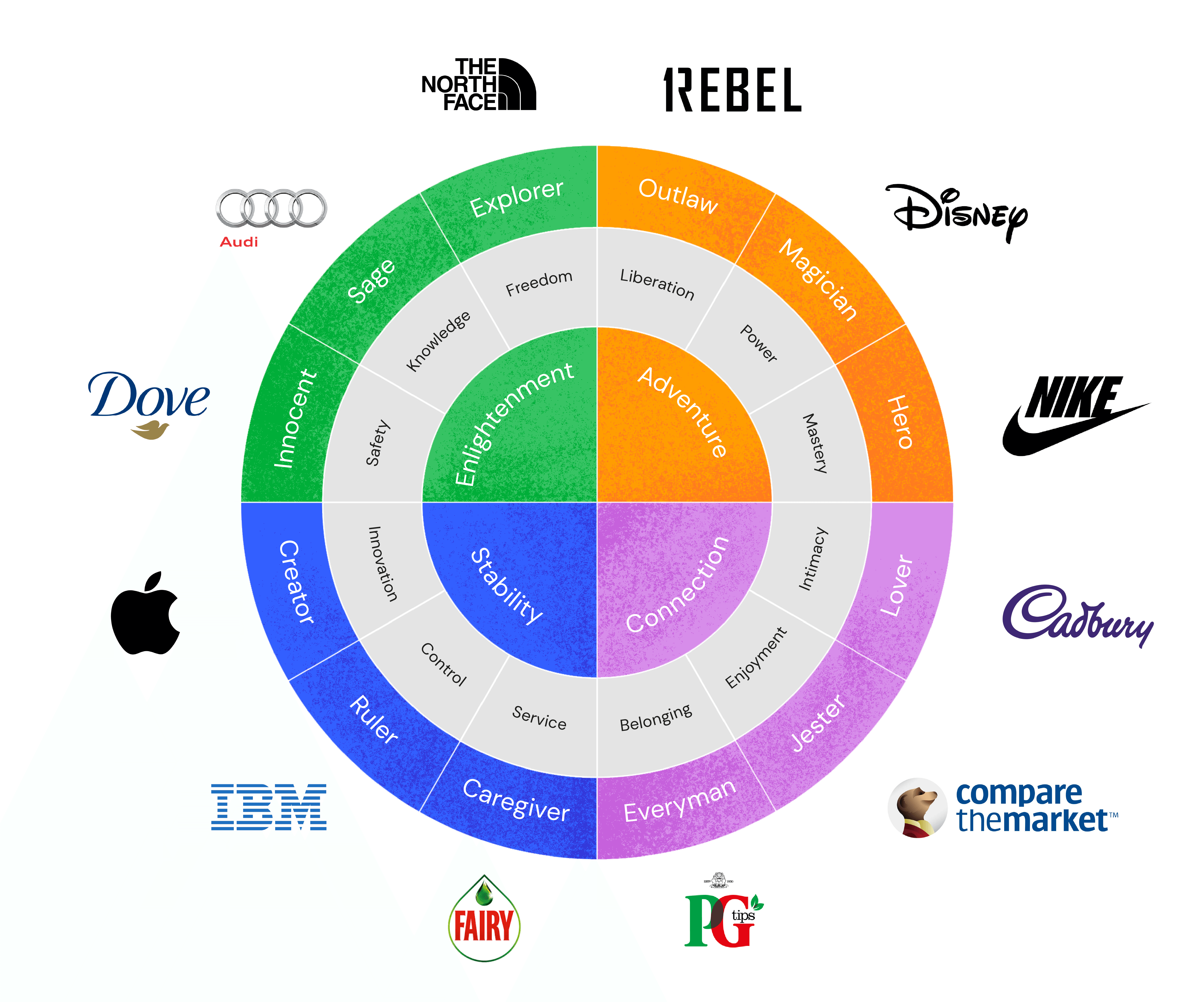 For this reason, archetypes are useful in film and branding to immediately help the viewer/customer understand what a character/brand is about.

In film, a person’s look, attitude and activities will save a bunch of explaining in the narrative. The same is true of branding - we understand what the company is about from the identity, name, tone of voice and activities.

Branding goes a step deeper, in that the company is trying to align itself to how you perceive yourself.

The 1Rebel customer likely sees themselves as cooler and edgier. They don’t really like mainstream and they don’t care if the trainer is scantily clad and covered in tats. That’s what motivates them—they might think, “Bring it!”

These archetypes will inspire you to go further and try new things. They will help you break free from the ordinary. 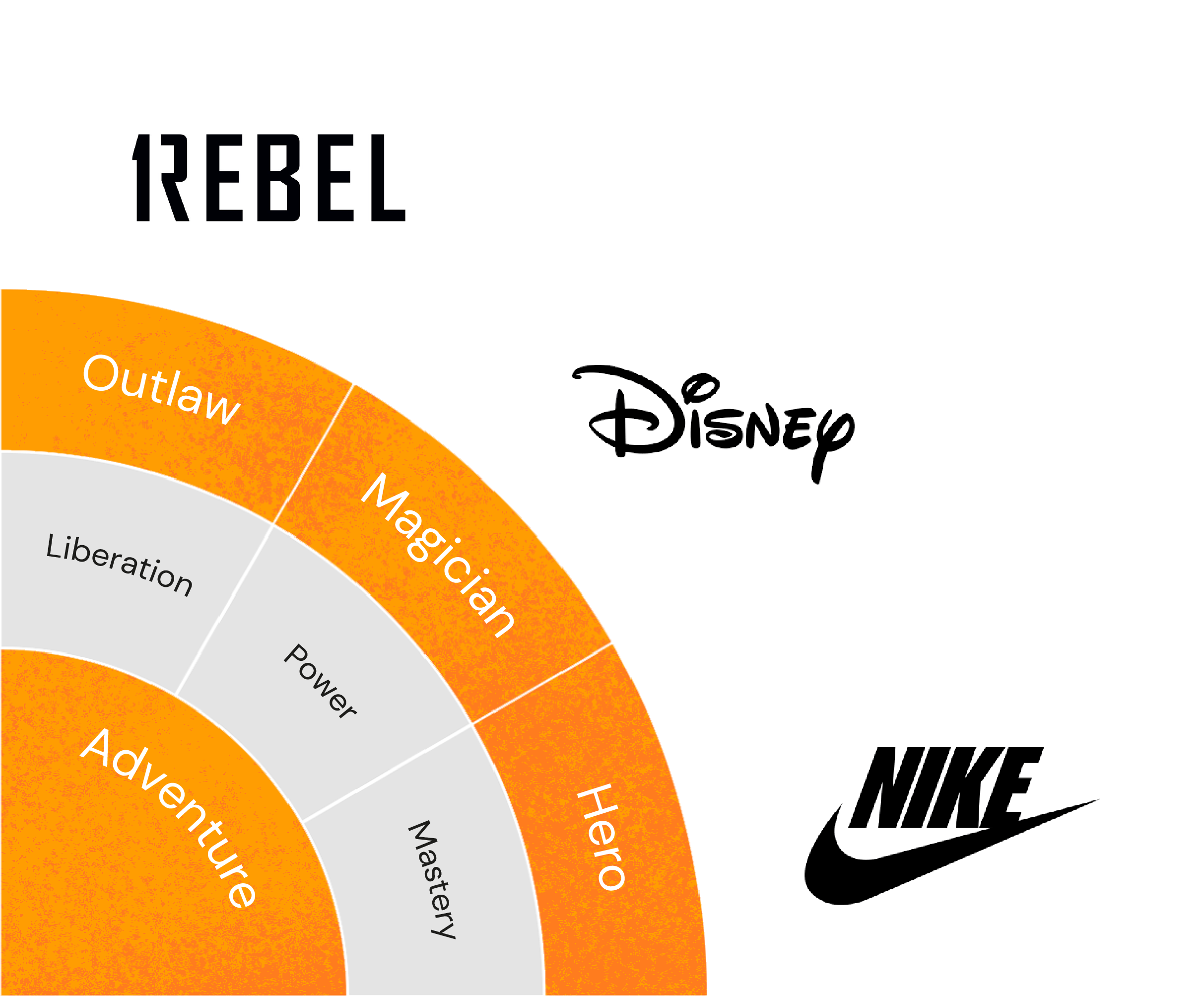 The Outlaw (or Rebel) has new and radical ways of tackling issues. They’re likely to take the unconventional path. They break rules. Like Maverick in Top Gun, they’re not afraid to pull a handbrake turn in mid-air to let the competition fly right by.

The Magician is charismatic and visionary. They’re well-educated and can use either science or sorcery to reach their goal. They like experimentation and inspire others to try new things. Like Doc Brown in Back to the Future, they can encourage you to travel through time.

The Hero wants to prove their worth through courage and defending what’s right! They’re determined. They’re strong. They’re competent. They’re relentless. Even in the face of adversity, they’ll stay true to themselves. Like William Wallace (Freeeeeeeedommmm) or Wonder Woman, they’re not one to back down.

These archetypes want to get close to you. They’re supportive and friendly. 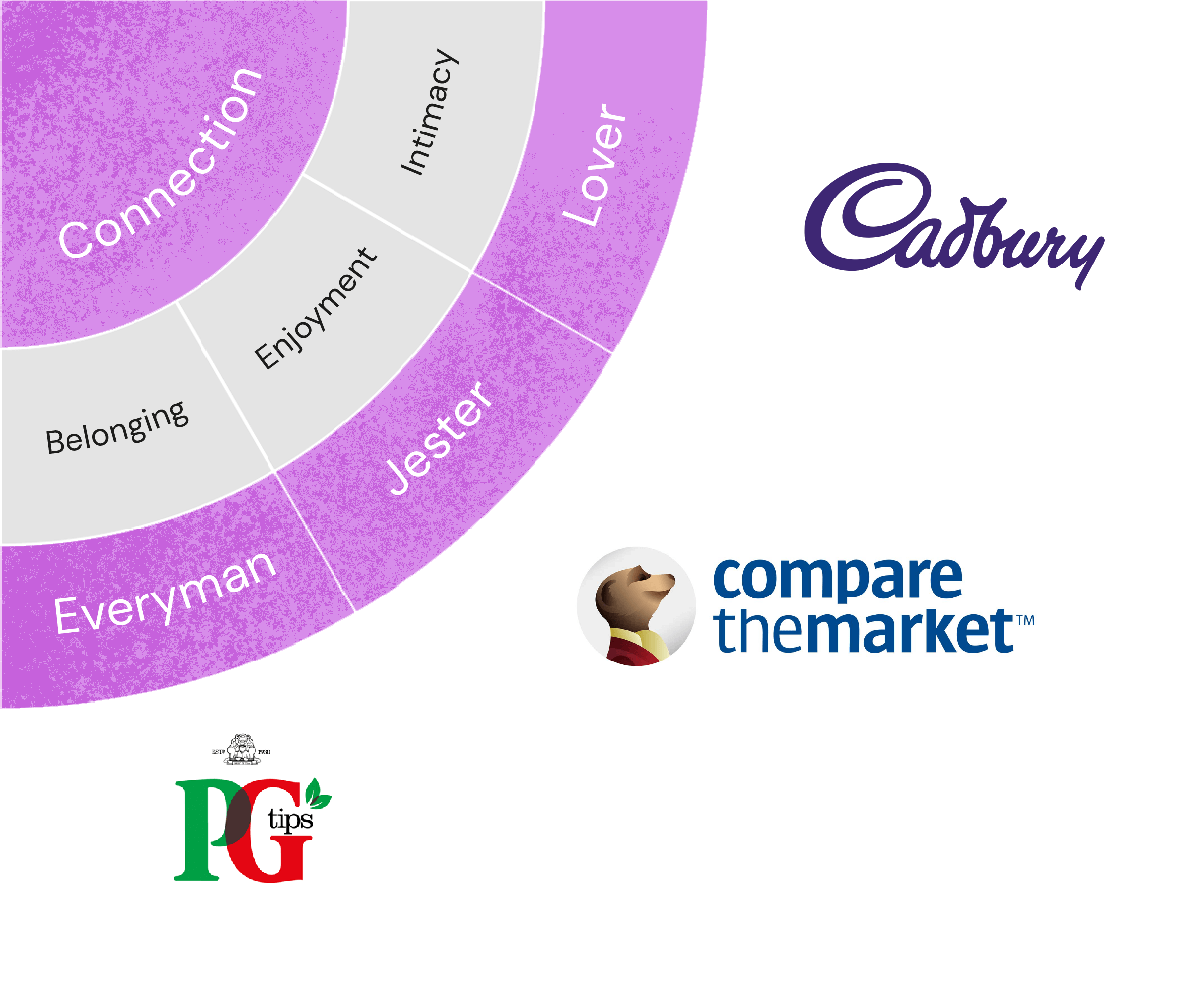 The Lover wants to find pleasure. They’re sensitive and sensual. They’re looking for intimacy or passionate commitment. They enjoy being in relationships. Like Rose in Titanic, they’ll unshackle themselves from repression to find true love.

The Jester relies on their wits to get through life. They don’t dwell on problems. They might be a bit on the wild side and are willing to break taboos in order to achieve their goal. Think Captain Jack Sparrow being quick on his feet and playing both sides.

STANCE likes ComparetheMarket.com (Compare the Meerkats) as a Jester brand.

The Everyman is down to earth with solid principles. They work hard and enjoy a simple life. They’re sincere and empathetic. They’re passionate about belonging. Like Harry Potter, they’re just normal people who want to stand up for what’s right.

These archetypes are about support. They’re stable. You can depend on them. 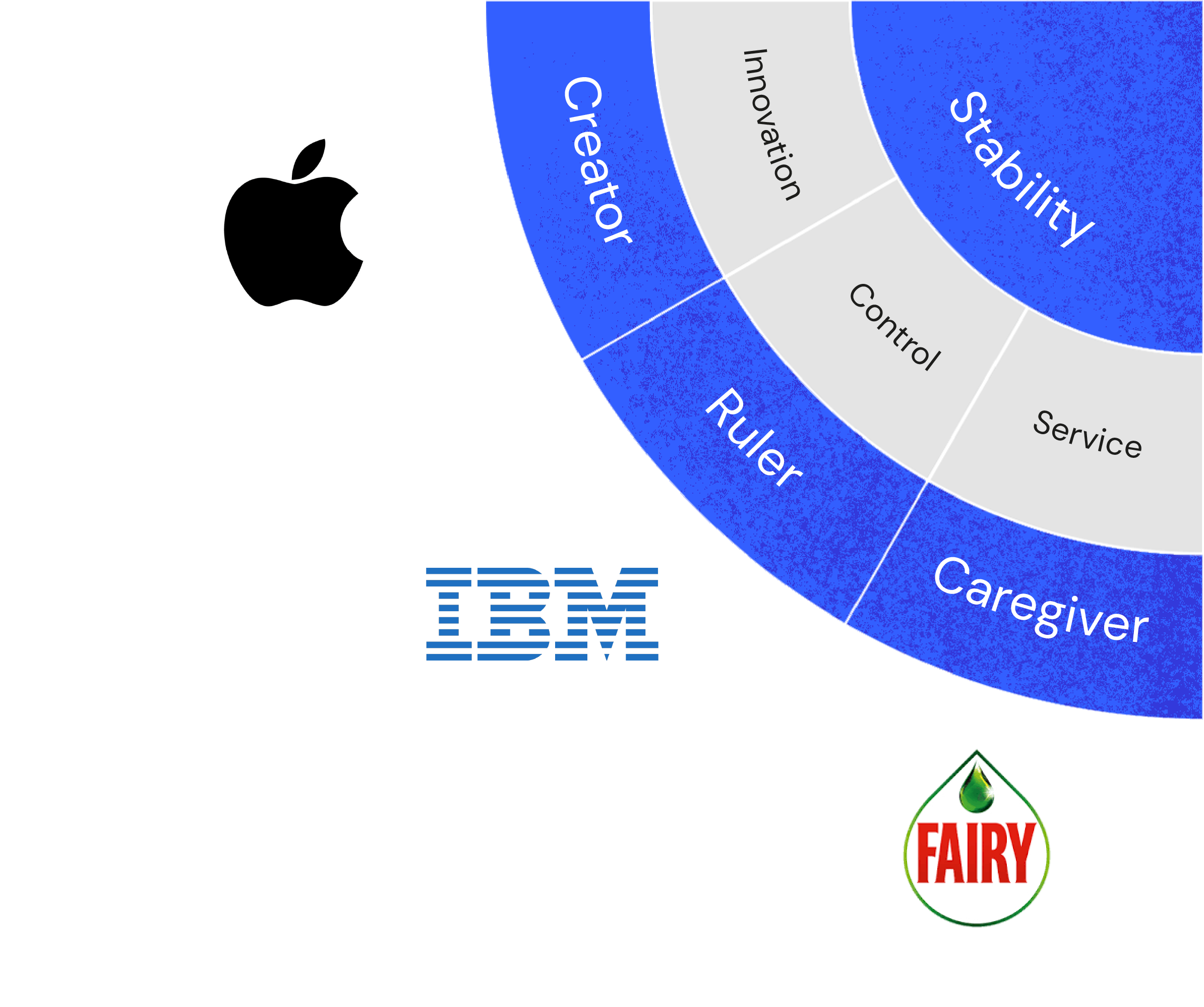 The Caregiver is happiest making a difference in someone else’s life. They have time for you and will listen to your problems. They see the good in people. They’re selfless. Like Samwise Gamgee in Lord of the Rings, they’ll whisper positivity in your ear to help you on your way.

The Ruler likes to be in control—they are natural-born leaders! They assume responsibilities and aren’t afraid to get political. They’re likely to ruffle some feathers in order to get to the top of the food chain. Like Mark Zuckerberg in The Social Network, they’re relentless in pursuit of their vision.

The Creator likes to make or invent new things! They’re original. They’re imaginative and will happily break the status quo. They like social change. They might be a perfectionist. Like Willy Wonka, they can be defined by their innovations, like a great glass elevator that can fly through the sky.

These archetypes want the truth. They’re positive and honest. 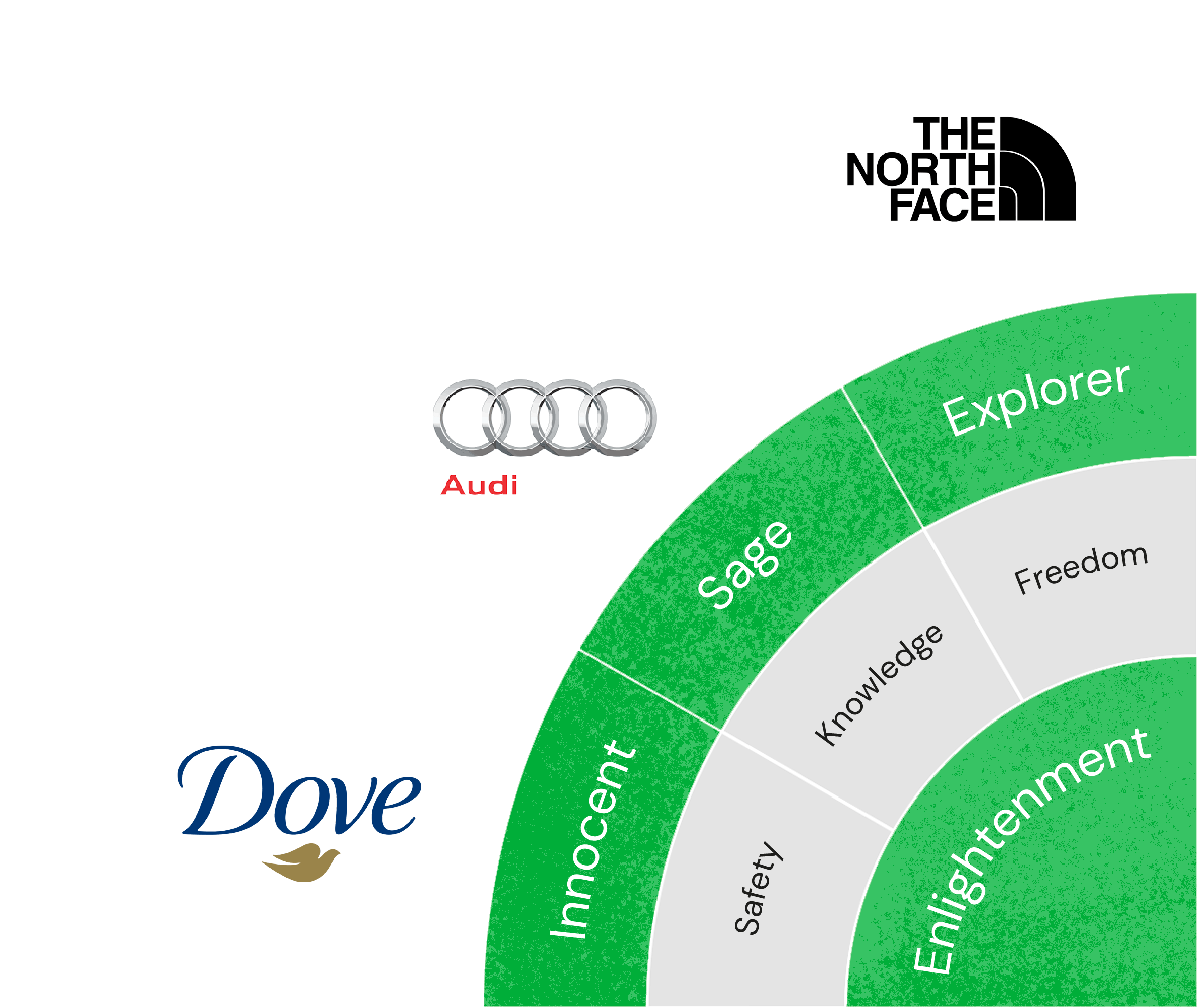 The Innocent is an optimist. They’re in search of happiness. They’re truthful and wear their heart on their sleeve. They’re enthusiastic and quite simply ‘good people.’ Like Mary Poppins or Forrest Gump, they just want what’s best for people.

The Sage embodies knowledge. They’re always analysing details in search of deeper meaning. They’re a source of wisdom. Facts and science are their friends. Like Morpheus in the Matrix, they know the difference between fiction and reality.

The Explorer is on a quest! They’re super independent and don’t like to be locked down. They want to go to new places and discover new lands. They’re convinced there’s a better way. Like Indiana Jones, they’ll find the holy grail.

STANCE likes The North Face as an Explorer brand.

Creating a brand launch strategy with the right attitude

In the STANCE® acronym of Situation, Transformation, Attitude, Niche, Confidence and Expression, the archetypes fit into A for Attitude. Considering which archetype your personality will help you define this attitude. You can download the STANCE Brand Positioning Framework below. 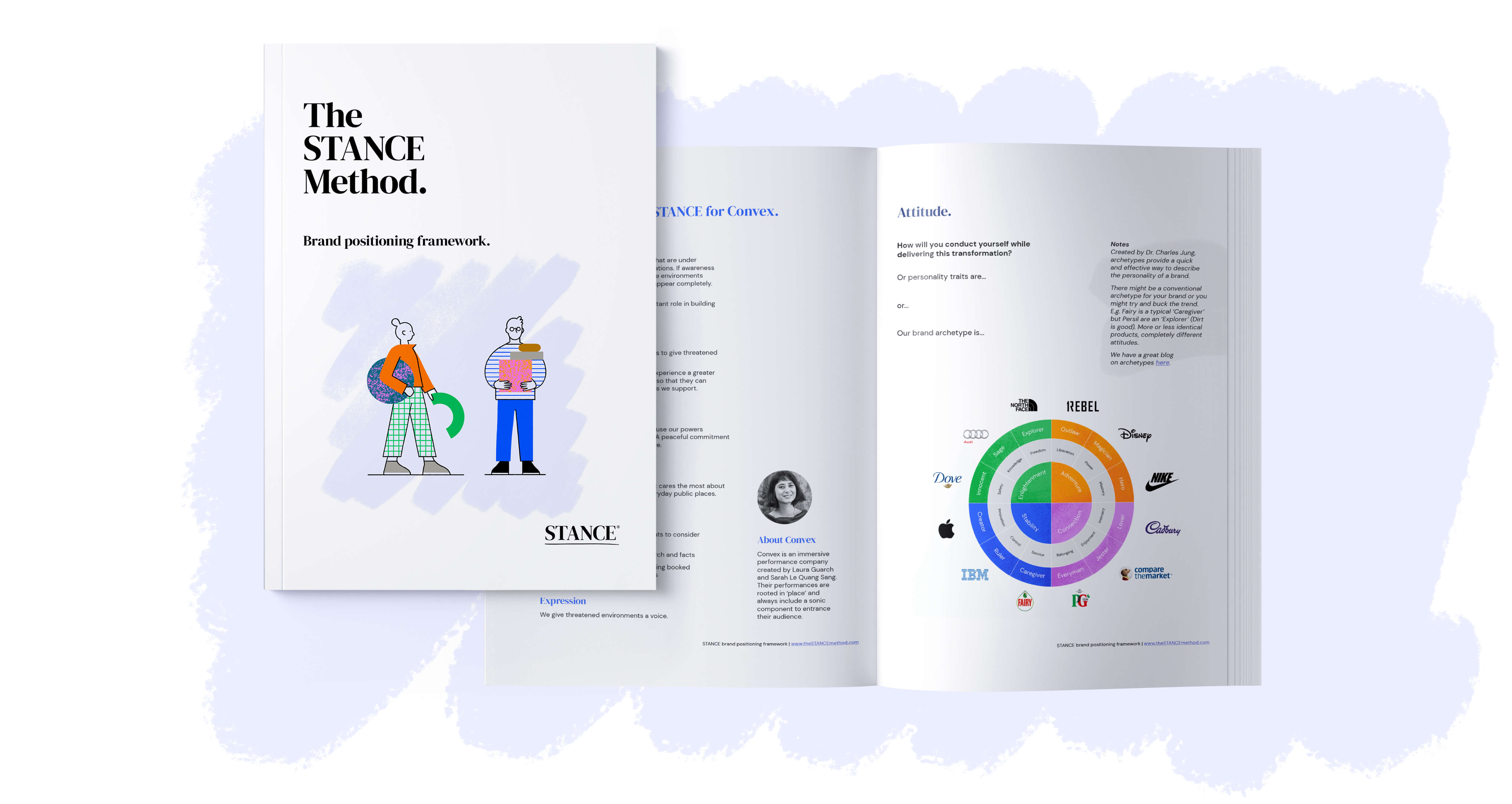 Of course, as part of the creative process, you can use an archetype to explore how your brand might look and sound like with different personalities!?

If you’re an eco company, why not try writing a few sentences wearing the Sage hat, and then switch to the Explorer or Creator!

Also check out: 'There can be only one purest vodka', 'Convex case study', or 'Should you use brand positioning axes in your VC deck?' or in our course, 'Essential Brand Positioning for Start-Ups'.

Here is the place for STANCE-related thought leadership.