David Roberts is the curious founder of an enterprise with origins in the depths of Cornwall. A decade ago, he created the Chicken Hotel, a selection of guest coops for chickens, so that their owners could go on holiday and relax in the knowledge that their chickens would not only be safe from predation, but would be in the most caring of hands!

Kind words:
Client
testimonial
Working with STANCE has allowed me to turn my dream of building a chicken boarding business into a reality. STANCE have not only built an fun and memorable brand, they have created a suite of marketing bits and bobs on Figma to help me build my social channels get out the gates.

The story behind Betsy

Sadly, David had to leave his beloved Chicken Hotel behind when he moved to Salisbury, but his desire to help people have more chickens in their lives lived on.
‍
“Why?” you might ask?
‍
Well, if you have chickens, you’ll know they’re fun to be around, immediately dissolve the rigors of a stressful day and, of course, lay eggs.
‍
“Niche!” you might say....!
‍
Not as niche as you might think! 1.5 million households in the UK have a pet chicken! A number growing at 200,000 per year.
‍
“Really, holidays?” you might joust in a final cry of intrigue!?
Yes, chickens aren’t that straightforward to look after. You have to wake them up, put them down, watch out for broodiness, fend off foxes, feed them, cuddle them, avoid avian flu… There’s just a lot that can happen to your pet chicken!

That was enough for STANCE to leap into action in both a brand creation and startup advisory role, along with Ian McCaig of Fiit.tv and Hugo Bailey, the interim CTO.

1.5 million chicken households in the UK

After having mulled over ideas concerning sustainability, ‘farm-to-table food’, hen welfare and even ‘adventures with chickens’ we decided the motivational force behind Betsy was in fact ‘happiness’.

To make sure that pet chicken owners are always within easy reach of exceptional holiday care for their feathered friends.

We see a world where pet care for chickens rivals the cat and dog industry.

A word on Betsy’s brand vision

Have you seen the brands popping up for the dog and cat industry? Finn, Rover and Wag were all leading inspirations for us, providing benchmarks for how strong we can make Betsy as a brand. (You can see more STANCE mission and vision statements here.) 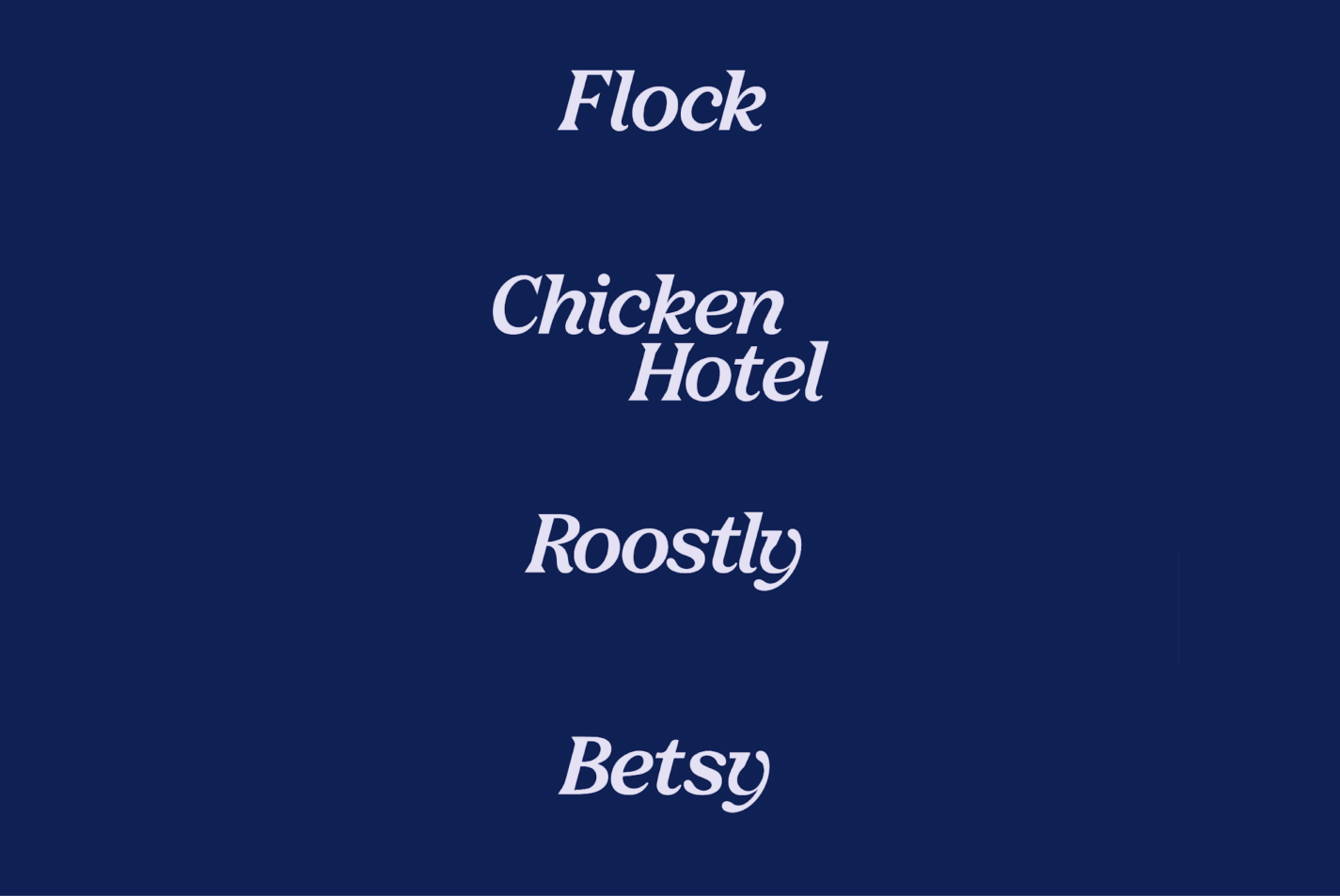 Creating a brand name for Betsy

Spoiler alert: The name is Betsy! But at this point STANCE began to collaborate with the creative masterminds of Alex Johnson and Kenji Smith, from naming brainstorm through to creative brand identity execution. For the brainstorm, we followed the process outlined in the STANCE naming guide, with a few extra chicken focused quirks.

Ian was adamant that today’s startups should have a one word name. In the shortlisted brand names were:

As we started exploring the visual identity, Betsy and her mascot bubbled up to the top as the favoured and most trademarkable name. The previous name, The Chicken Hotel, would form part of the Betsy vernacular, describing the various residences on Betsy. 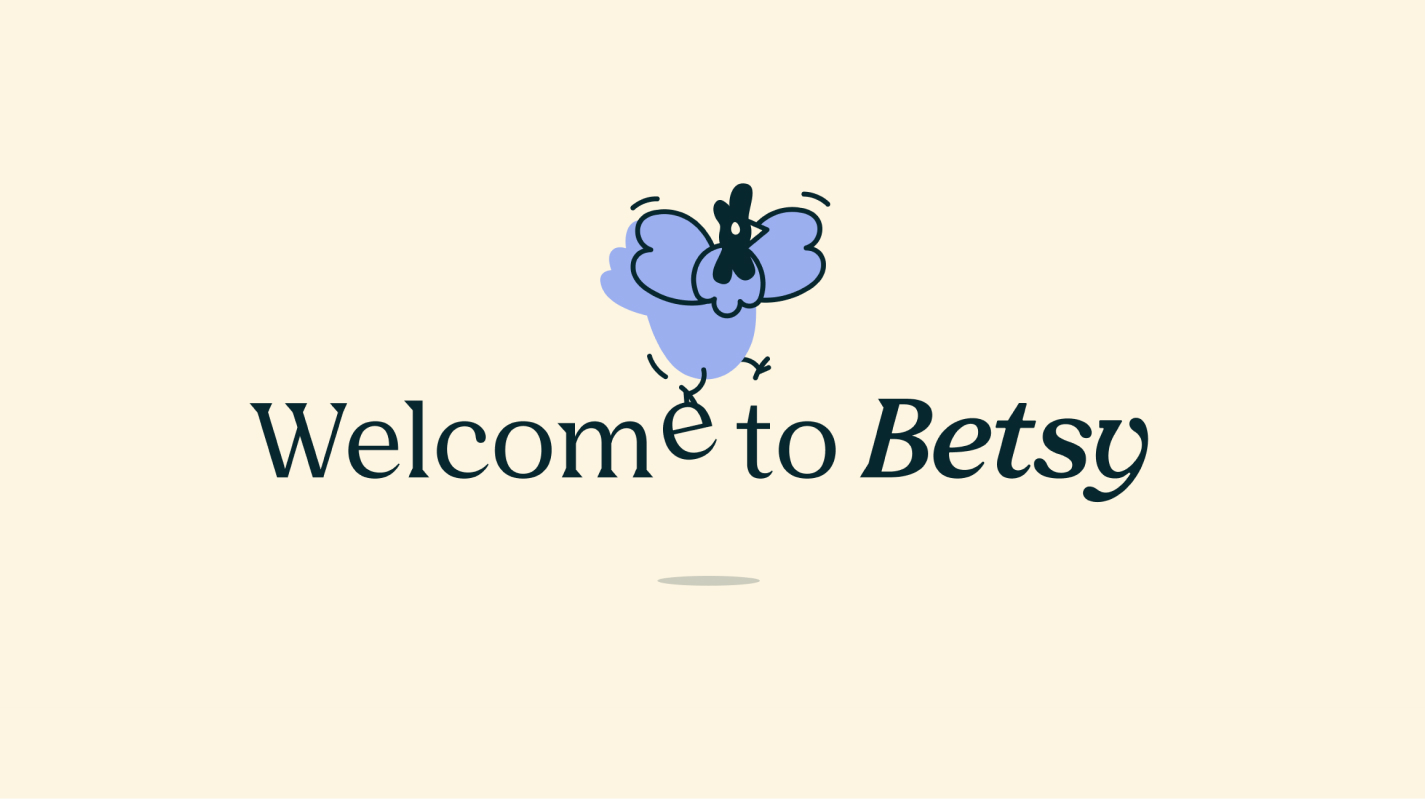 Creating a brand identity for Betsy

Betsy herself would become a core asset to the brand. Originally, we had speckles of egg markings appearing too, but throughout the waves of refinement we had to say goodbye to these. In losing speckles, we gained an additional typeface: Nib would be the brand voice whereas Verveine would be Betsy’s voice, adding humour and happiness to the brand. 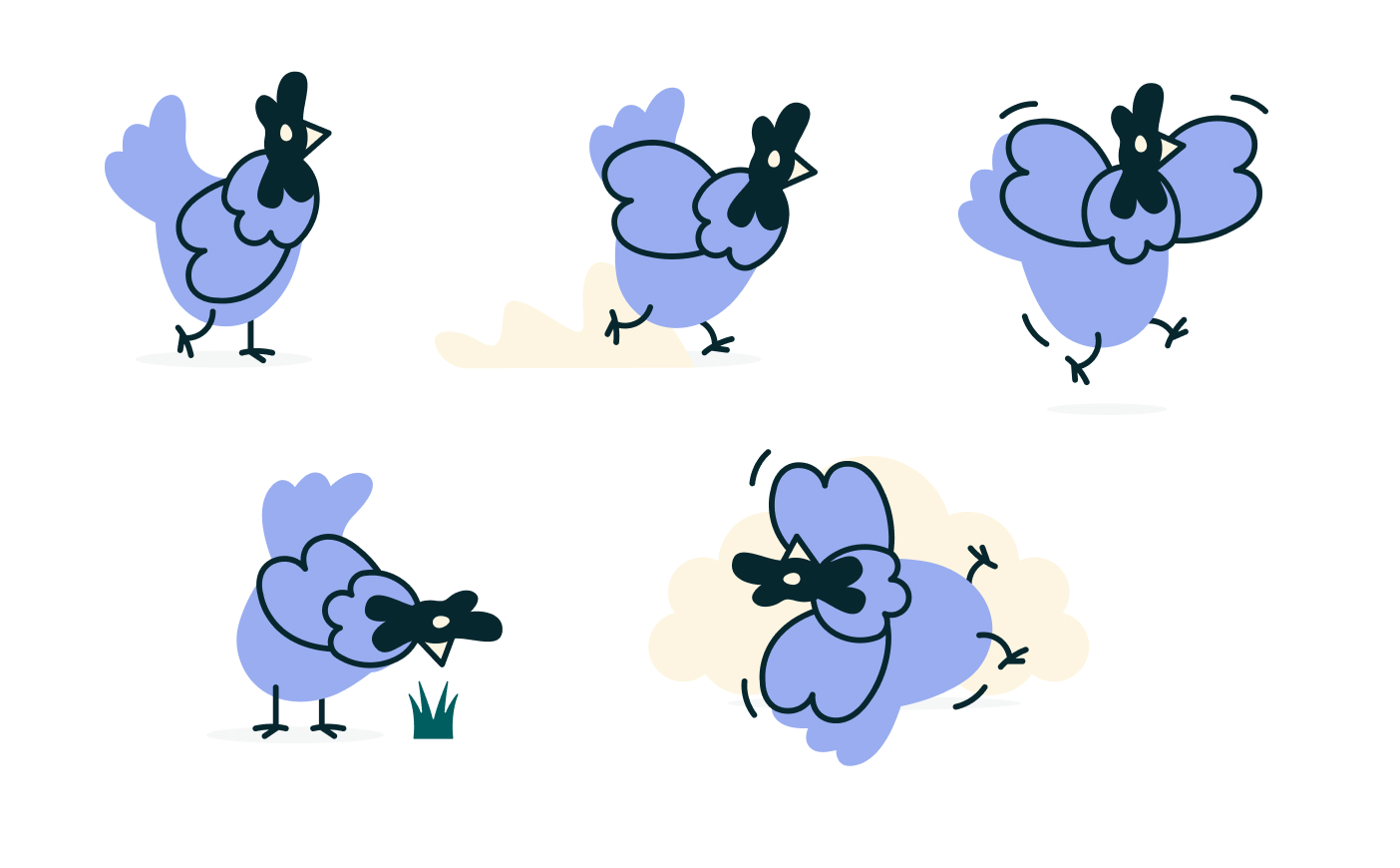 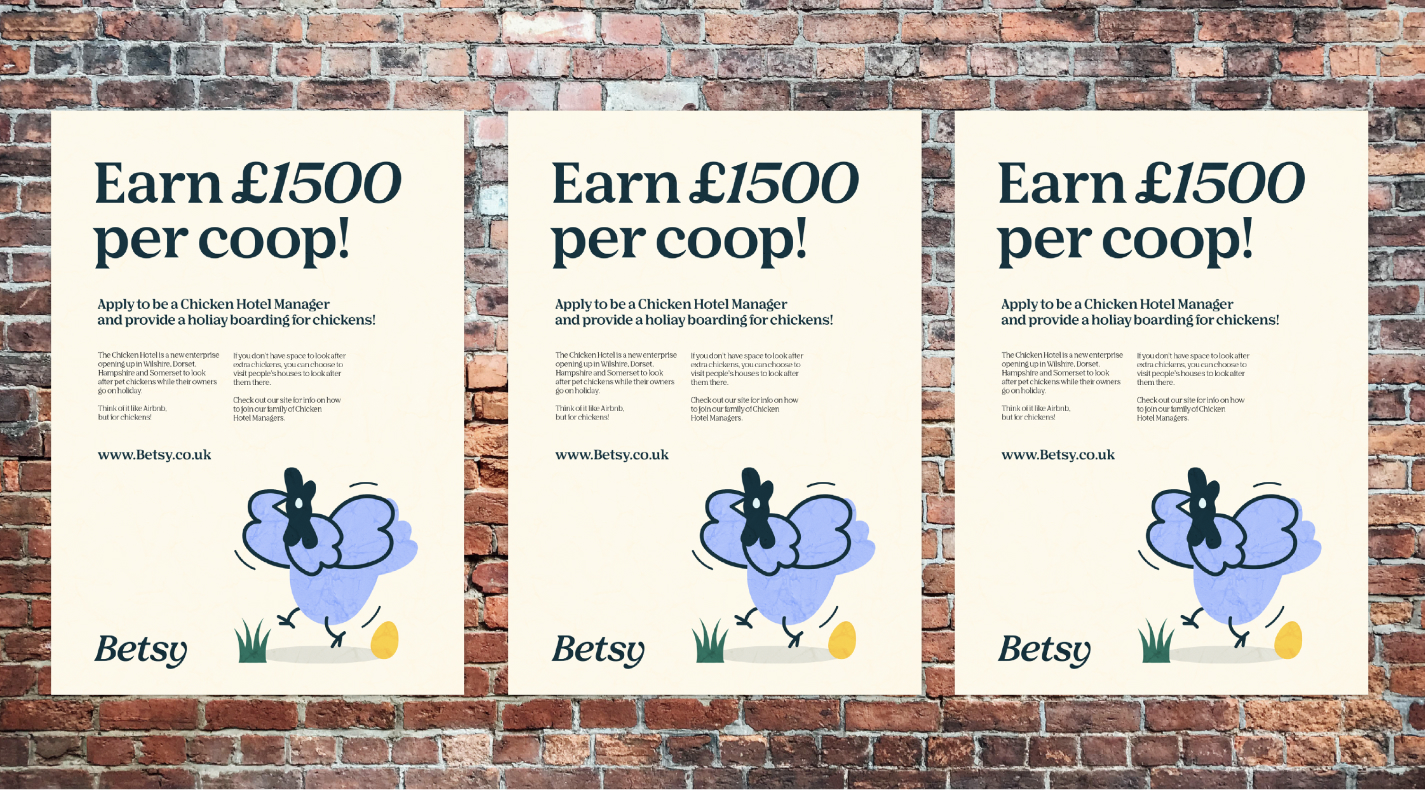 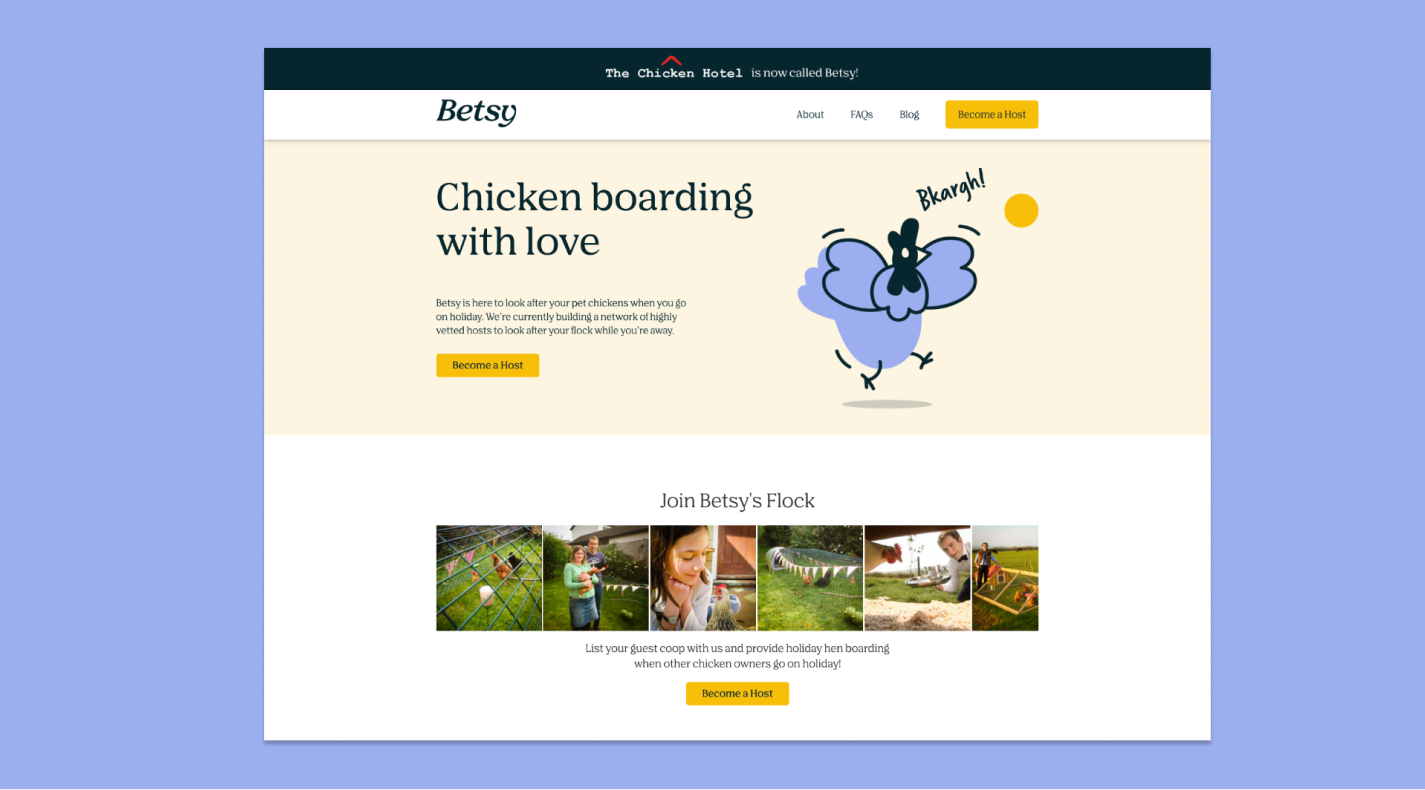 How to name your pet chicken

How to run a five star Chicken Hotel!

These pages were created in MailChimp and promoted on both the Betsy blog and Betsy instagram.

STANCE used Instagram and Facebook to promote these pages in order to create a database of leads for marketing.We also ran ads towards a registration page where prospective Chicken Hoteliers could register their interest to host on Betsy.

Application pages were made on MailChimp with a survey targeted at registering people’s interest.Several videos were made for use in advertising, a short 17 second trailer, and a longer, “Brief History of Chicken Hotels”. 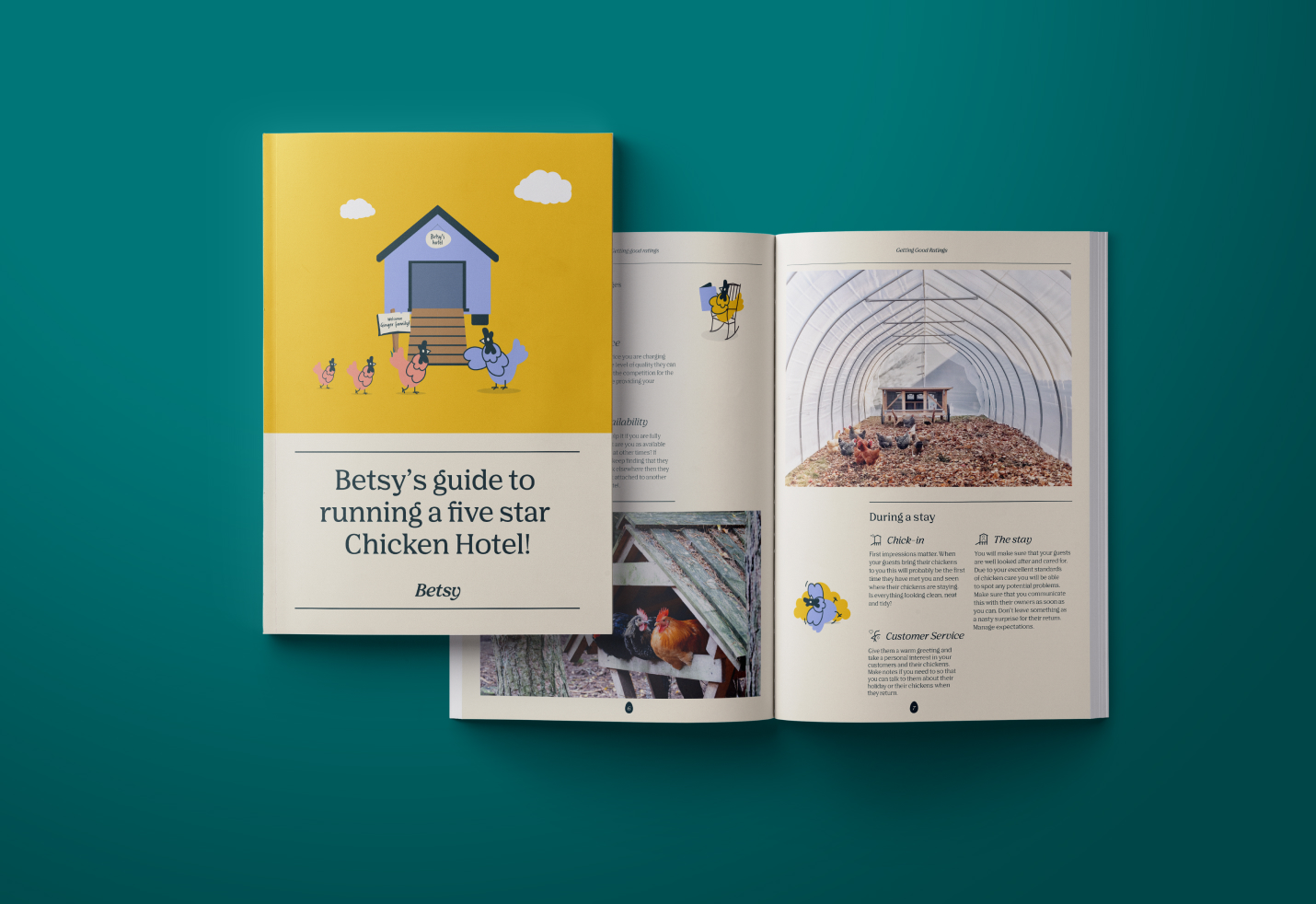 As Betsy continues to grow and create more marketing materials, STANCE remains on board to guide the development of the brand. We have weekly meetings to check in on key priorities and ensure growth is on plan. 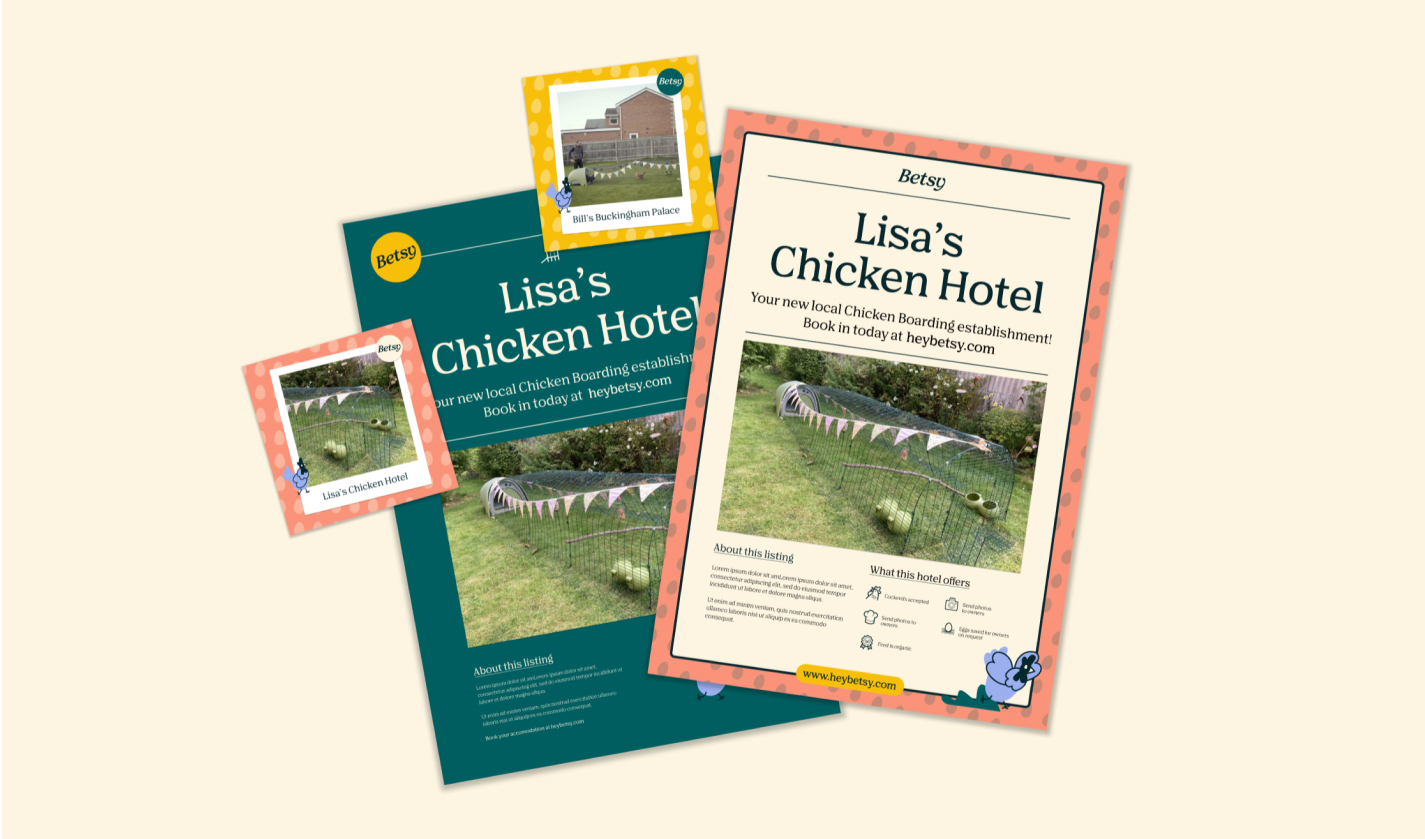 Do you have pet chickens?

If you have chickens? Do you refer to them by name? Go check out Betsy and become one of the inaugural customers once we go live.

Thank you to our rockstars. 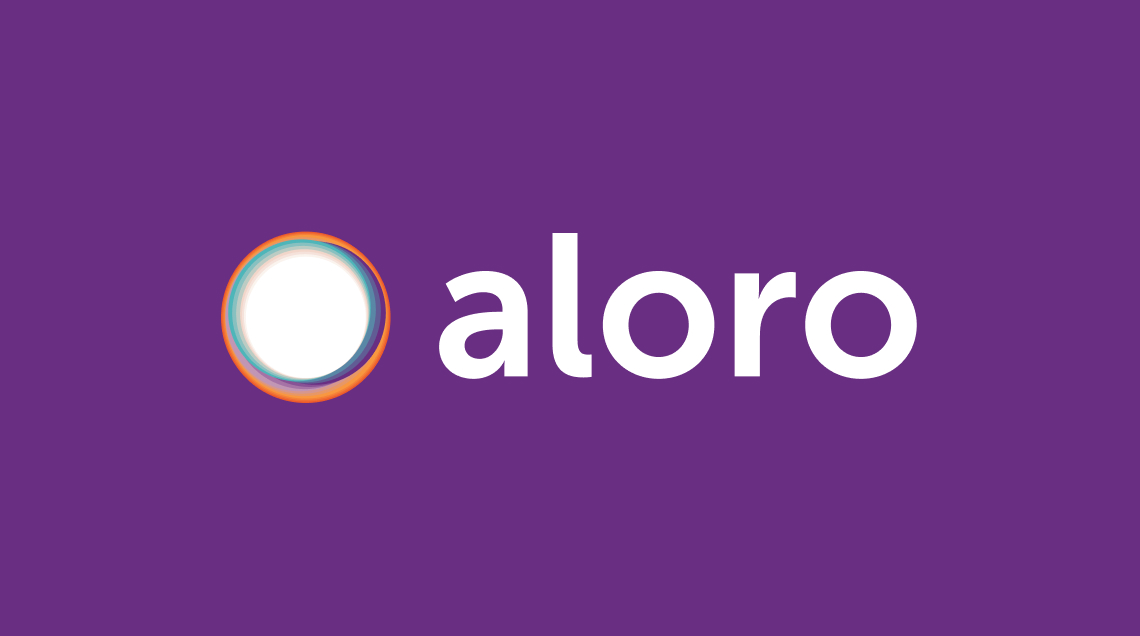 Create your
own STANCE. 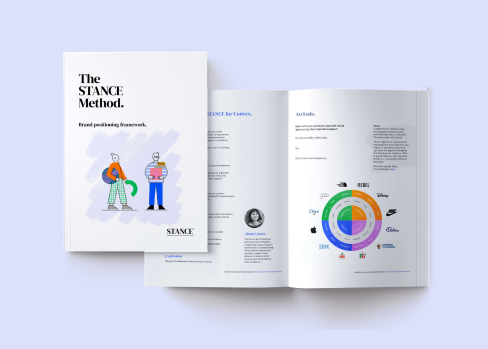 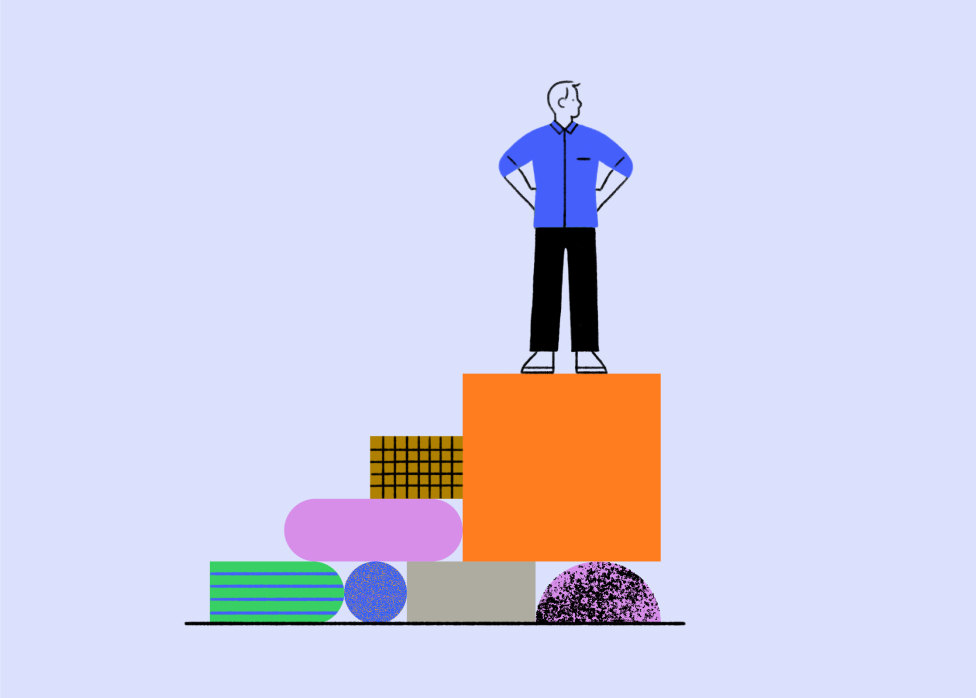